Thursday a hearing in the US “Senate Environment and Public Works Committee” concluded climate change is a real (sic!), imminent and somewhat indirect “national security threat” as it will be heightening the intensity of conflicts abroad, create water shortages in some regions, crop failure, and cause environmentally displaced people to cross borders.

“[Climate change] will place an avoidable and unacceptable burden on our young men and women in uniform now, and in generations to come” 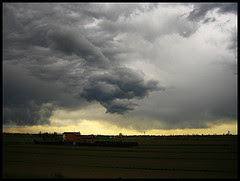 This admiral is far from the first to call out this warning. His colleagues in the Turkish military did so two years ago feeling protective over their territorial water resources and worried about foreign land grabs. Plus we have it from Lord Stern, the US National Intelligence Council (NIC), international security experts, the European Union, Chinese scientists, the United Nations, another US researcher and probably a lot of people and institutions I missed.

Indigenous communities are fighting a deadly war to protect Earth's most precious habitats -- but they can't do it alone. Here's how we can help to defend the defenders:
https://secure.avaaz.org/campaign/en/100_indigenous_land_rights_124/?wbKgKgb