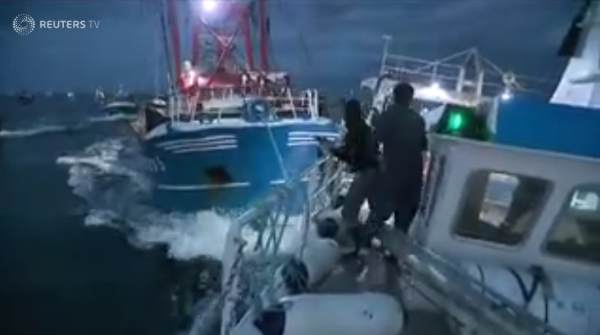 In the English Channel, British and French fishermen have clashed in the Scallop War. In the absence of fishery management, climate change might lead to more fish wars, argues Kathleen McGinty.

The Intergovernmental Panel on Climate Change (IPCC)’s new special report on 1.5°C warming is alarming. But the summary for policymakers is not nearly alarming enough, argues Bob Ward in The Guardian, as it doesn’t mention increased migration, increased risk of political instability and conflict, and several other issues.

Mentions of Hitler in current political debates are often quite tiring, but the lengthy, meticulous comparison of Europe in the 1930ies to current US affairs by WWII historian Christopher R. Browning – The Suffocation of Democracy in The New York Review of Books – is truly interesting. Browning concludes with some perspectives that are particularly unnerving in the light of the IPCC report:

“…several decades after Trump’s presidency has ended, the looming effects of ecological disaster due to human-caused climate change—which Trump not only denies but is doing so much to accelerate—will be inescapable. Desertification of continental interiors, flooding of populous coastal areas, and increased frequency and intensity of extreme weather events, with concomitant shortages of fresh water and food, will set in motion both population flight and conflicts over scarce resources that dwarf the current fate of Central Africa and Syria. No wall will be high enough to shelter the US from these events.

In the US, a man was sentenced to three years in prison for setting fire to a road block while protesting the DAPL oil pipeline. The Sioux tribe supports the protests.