They have somehow maintained a romantic image while running a business of world wide drug distribution, assassinations and assorted corruption. But no description is too demeaning for the latest crime committed by the Italian mafia.

Francesco Fonti, a former member of the Calabrian Mafia, has told of sinking ships loaded with radioactive and otherwise dangerous waste in the Mediterranean Sea. They thereby solved one of the biggest problems of the nuclear industry – getting rid of the waste – and made loads of money while doing it for about 20 years.

Italian authorities have now found and even filmed such a wreck with yellow barrels labeled for toxic content inside it. The full extent of the unspeakable environmental crime is still to be investigated. 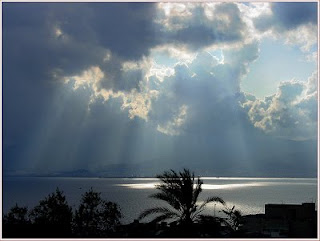 The view is nice. But what is below the surface? Photo: Grace and Godbeams by Daveness_98, Creative Commons license.