Even if wars are not all about oil, soldiers have certainly been killed for oil: Up to one in three US casualties has happened at gasoline convoys. Check out how solar panels are saving lives and improving the flexibility of US Marines deep in foreign deserts: Grist / U.S. military kicks more ass by using less fossil-fuel energy.

“Other people are busy saving the planet; this is about saving Marine lives […] I’d kiss a polar bear if it meant getting one Marine off an IED-filled highway.” – Col. Bob Charette, director of the Marine Corps Expeditionary Energy Office

Irrespective of one’s sentiments towards US soldiers in Afghanistan, the story is a parable for all of society. As the article finishes: “In a time of rising fossil-fuel prices and increasingly apparent climate dangers, the tether of fuel binds all of us — homes, businesses, communities, and whole economies — to a future of vulnerability and instability. Using less energy and generating more of our own is about more than dollars spent or saved. It’s about self-determination. That makes for a more effective military and a more secure, productive society”.

You should think the politicians most eager for war would support such initiatives. But no. Because those politicians are at the same time the ones whose careers are sponsored by the existing energy sector hegemony. Read Slate / Why We Need a Greener Military and Wired / Republicans Order Navy to Quit Buying Biofuels for the full story about right wing politicians working hard to pass a law banning military spending on fuels more expensive than conventional oil. But since it is designed to obstruct initiatives to experiment with (currently relatively expensive) biofuels it explicitly omits alternative energy sources based on coal and gas (probably to allow shale gas, fracking et cetera).

In a way it’s hard to believe the hypocrisy, the idiocy, the callousness. On the other hand it all makes depressing sense. Strong powers in business and politics accumulate vast fortunes on the people wasting obsolete energy and endangering their lives at home, at work and abroad. 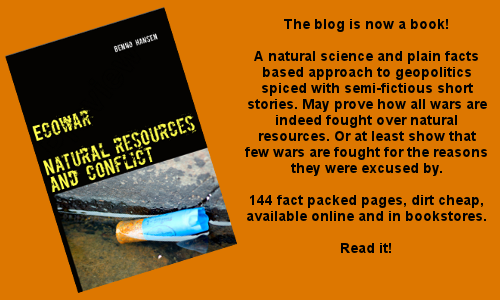 EU using Azerbaijan dictatorship to launder its Russian gas supplies. Russia gets its gas revenues, EU gets its winter gas at a premium, a premium worth paying because it allows them to continue pontificating. Europeans are whacky.
https://twitter.com/GabrielCSGavin/status/1593677538152386561

Russia’s Gazprom will supply Azerbaijan with up to 1 billion cubic metres of natural gas this winter, Moscow’s Kommersant reports, saying the deal will relieve domestic demand and help Baku meet its commitment to export more to the EU and other Western nations.

The Red Line is currently expanding our research and analysis teams here at the show.

So if you have a mind for geopolitics, and want to work one-on-one with ambassadors, analysts, and security experts, we would love to hear from you.

HOW THE CHINESE MILITARY IS PREPARING FOR CLIMATE CHANGE 🇨🇳🇨🇳

Climate Change has become THE make or break issue for the Chinese government, and the effects are already threatening internal security, and regional alliances.

Weaponizing water in the Russia-Ukraine wr.